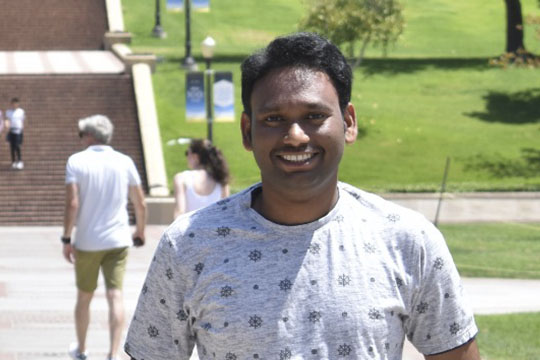 Siva Koti Sangabathuni obtained his master’s degree in organic chemistry from Andhra University and subsequently received his Ph.D. degree from the Indian Institute of Science Education and Research (IISER) Pune, India. During his Ph.D. he focused on understanding the role of carbohydrate and protein interaction in the wound healing process, by mimicking natural glycoproteins through the integration of host-guest chemistry, carbohydrates, and peptides. He also has broad expertise in the synthesis of metal nanoparticles with different shapes particularly gold and iron nanoparticles. Siva joined Prof. Khademhosseini's lab at the Terasaki Institute of Biomedical Innovation (TIBI) in July 2020, as a Fulbright-Nehru postdoctoral fellow. Prior to that, he was a postdoctoral fellow at UCLA. His research interest encompasses designing a new generation of oxygen releasing microparticles to improve heart preservation for transplantation. Also, aiming to investigate the importance of extracellular matrix during stem cell differentiation In his free time, Siva practices yoga, exploring new places and hiking, of course, he can't resist playing cricket.