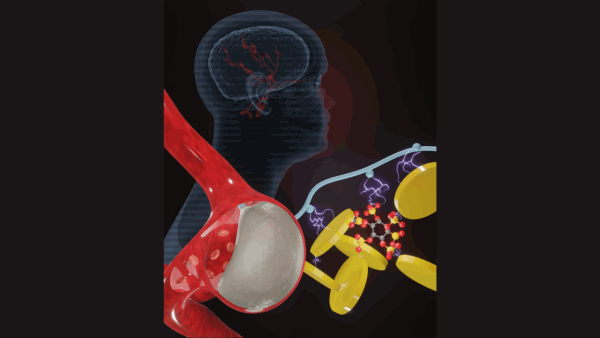 (LOS ANGELES) – Aneurysms, abnormal enlargement or ballooning in the wall of blood vessels can result in rupture and fatal bleeding. To treat aneurysms, it is essential to stop the blood flow to the affected area and prevent rupture of the vessel. Existing treatments for treating aneurysms include catheter-delivered stainless-steel coils or injectable biomaterials placed at the aneurysm site; however coils sometimes migrate, necessitating repeat procedures. Furthermore, there are problems with injectable biomaterials currently on the market, such as high cost, leakage, cytotoxic effects, and catheter clogs.

In a recent innovative study, a team of scientists from the Terasaki Institute for Biomedical Innovation (TIBI), developed a new injectable hydrogel for treatment of aneurysms. The new biomaterial was created by adding sodium phytate (Phyt), a rice bran-derived compound, to a gelatin-based compound. This new additive decreased potential immunotoxic side effects and gave the material the ability to accelerate blood coagulation at the aneurysm site. Phyt is biocompatible, biologically active, biodegradeable and already in use for biomedical applications. It has a high concentration of negatively charged phosphate groups that interacts strongly with the gelatin and silicate nanoparticles (SN) in the Gel-SN formulation. This helps to promote even greater cohesion, triggers initiation of the coagulation process, and increases affinity for blood components for faster coagulation.

The scientists also observed that the addition of Phyt reduced the pore size of the new hydrogel, thereby increasing cohesion. The new biomaterial was found to have enhanced shear-thinning properties, minimum swelling when submerged in liquid (important in aneurysm treatment), facilitated injectability, and optimum cellular biocompatibility. The hydrogel was also found to have significantly improved coagulation rates; and reduced clotting times. Phyt is known to enhance blood clotting, hence stability in blocking blood flow and prevention of clot migration was particularly improved.

The new injectable hydrogel is a versatile platform, can be delivered via catheters and is expected to find use in various minimally invasive treatments including auto immune diseases as well as cancer.

“We constantly strive to improve and obtain the best possible therapeutic treatments,” said Ali Khademhosseini, Ph.D., TIBI’s Director and CEO. “In doing so, it creates additional tools that we can use in a variety of biomedical applications.”

This work was supported by funding from the National Institutes of Health (HL140951).