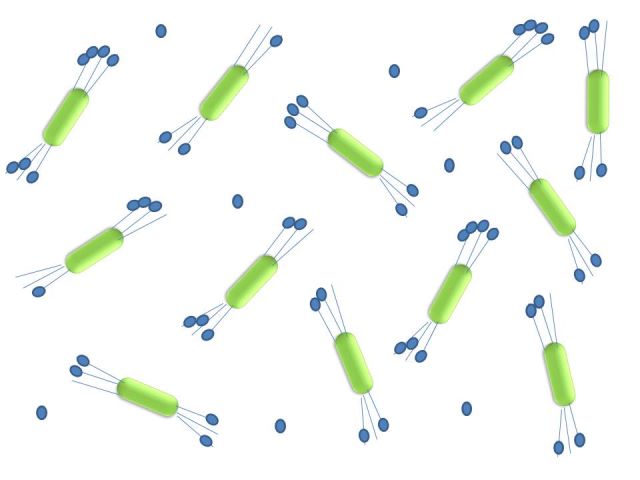 – Millions of people around the globe are affected by cancer each year; more than 39% of men and women are diagnosed with cancer during their lifetime. Chemotherapy is the most commonly employed, standard cancer treatment and targeted delivery of these drugs to the tumor site increases their effectiveness. However, excess drugs may still circulate to the rest of the body and cause multiple side effects, including anemia, chronic infections, hair loss, jaundice and fever.

A number of proposed methods have been attempted to remove unwanted chemotherapeutic drugs, particularly the widely used drug doxorubicin (DOX), from the blood. But these methods have resulted in insufficiently low levels of DOX removal. Additional strategies which use electrically charged nanoparticles for binding DOX lose effectiveness with exposure to the charged molecules and proteins found in blood, despite the addition of materials intended to protect binding capacity.

A collaborative team, which included scientists from The Pennsylvania State University and the Terasaki Institute for Biomedical Innovation (TIBI), has devised a method to address these challenges.

The method, described in Materials Today Chemistry, is based on hairy cellulose nanocrystals — nanoparticles developed from the main component of plant cell walls and engineered to have immense numbers of polymer chain “hairs” extending from each end. These hairs increase the potential drug capture capacity of the nanocrystals significantly beyond that of conventional nanoparticles and other materials.

To produce the hairy cellulose nanocrystals capable of capturing chemotherapy drugs, the researchers chemically treated cellulose fibers found in softwood pulp and imparted a negative charge on the hairs, making them stable against the charged molecules found in blood. This corrects the problems found with conventional nanoparticles, whose charge can be rendered inert or reduced when exposed to blood, limiting the number of positively charged drug molecules it can bind to in insignificant numbers.

The nanocrystals’ binding efficacy was tested in human serum, the protein-rich liquid portion of blood. For every gram of hairy cellulose nanocrystals, more than 6,000 milligrams of DOX were effectively removed from the serum. This represents an increase in DOX capture of two to three orders of magnitude compared to other methods currently available.

Furthermore, DOX capture occurred immediately after addition of the nanocrystals and the nanocrystals had no toxic or harmful effects on red blood cells in whole blood or on cell growth of human umbilical cells.

Such a powerful means of drug capture within the body can have a great impact on cancer treatment regimens, as doses can be elevated to more effective level without the worry of detrimental side effects.

Principal investigator, Amir Sheikhi, assistant professor of chemical engineering and biomedical engineering at Penn State, offered an example of such an application. “For some organs, like the liver, chemotherapy can be locally administered through catheters. If we could place a device based on the nanocrystals to capture the excess drugs exiting the liver’s inferior vena cava, a major blood vessel, clinicians could potentially administer higher doses of chemotherapy to kill the cancer more quickly without worry about damaging healthy cells. Once the treatment is finished, the device could be removed.”

In addition to removing excess chemotherapeutic drugs from the body, the hairy cellulose nanocrystals could also target other undesirable substances such as toxins and addictive drugs for removal from the body, and experiments have also demonstrated the nanocrystals’ effectiveness in other separation applications, such as in the retrieval of valuable elements from electronic waste.

“What began as a relatively simple concept has evolved into a highly effective means of materials separation,” said Ali Khademhosseini, Director and CEO at the Terasaki Institute for Biomedical Innovation. “This creates the potential for wide-ranging and impactful biomedical and materials science applications.”