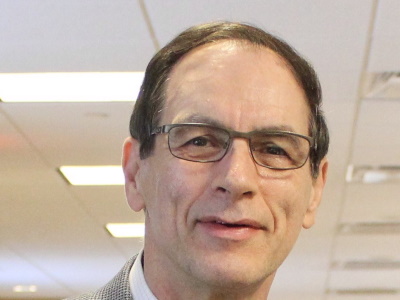 Joachim Kohn, PhD, FBSE is a national leader in the field of biomaterials science. As founding director of the New Jersey Center for Biomaterials (NJCBM) for 22 years and as Head of the Laboratory for Biomaterials Research at Rutgers, Prof. Kohn has made seminal contributions to the design and commercialization of new biomaterials for regenerative medicine, tissue engineering and drug delivery. He pioneered the use of combinatorial and computational methods for the optimization of polymer properties for use in medical implants (including a coronary stent and an antimicrobial device to prevent infections in pacemaker patients). The coronary stent is used in Europe and the pacemaker infection-control sleeve is used by about 500,000 patients world-wide. As a translational scientist, Prof Kohn has 78 issued US Patents on novel biomaterials and seven companies have licensed his technologies. He is the scientific founder of three spin-off companies. Dr Kohn retired from Rutgers in 2020 and remains active in research, entrepreneurship and the biomaterials community. He was appointed as Distinguished Professor Emeritus at Rutgers University and holds an honorary professorship at Szechuan University. He was elected President of the International Union of Societies for Biomaterials Science and Engineering for a 4-year term ending in 2024.