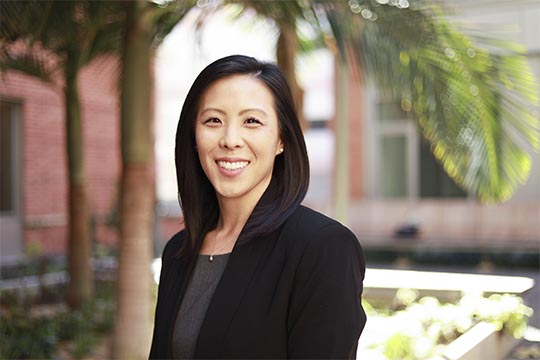 Janet Hiroshima is the Director of Development at the Terasaki Institute for Biomedical Innovation where she oversees the organization’s donor relations program and develops strategies to implement and connect individuals who are passionate about enhancing personalized solutions for health care for all.

Most recently, Janet served as the Director of Annual and Special Gifts at UCLA’s Henry Samueli School of Engineering and Applied Science, where she led the annual giving efforts and was part of a team that raised over $250 million, a component of UCLA’s $4.2 billion Centennial Campaign. While at UCLA Samueli, she also served in roles with the major gifts team and oversaw the stewardship program at the School.

Prior to UCLA Samueli, she was at the Japanese American Cultural and Community Center (JACCC), where she worked on programs and events centered on building community through arts and culture.  She primarily focused on development activities such as managing the donor relations program, special events, annual giving, and membership.

Janet currently serves as a board member for Kizuna, a youth leadership organization, based in Little Tokyo in Los Angeles, California, focused on educating, engaging, and empowering the next generation of leaders in the Japanese American community. She holds a Master’s in Public Administration with a non-profit management certificate from Cal State Northridge and a B.A. in Human Development and a certificate in Gerontology from Cal State Long Beach.