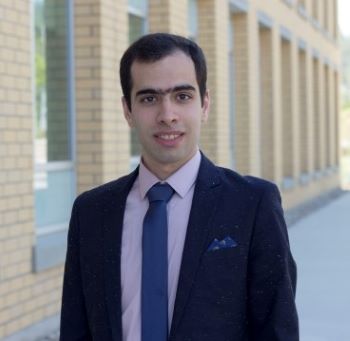 Hossein received his BSc in Mechanical Engineering at Shahid Rajaee University, Tehran, Iran (2015) and continued his MASc studies at The School of Engineering, University of British Columbia, Canada in 2018. Hossein’s undergraduate research was focused on the design and mechanical characterization of the 3D-printed porous bone scaffolds. As a part of his MASc studies, Hossein’s research was further extended to the area of stretchable and wearable sensors. Hossein is currently a PhD candidate in Bioengineering Department at UCLA and works jointly with Terasaki Institute for Biomedical Innovation. He is so excited to pursue his research on the next-generation hydrogel biomaterials for the development of bioadhesives and medical sealants.