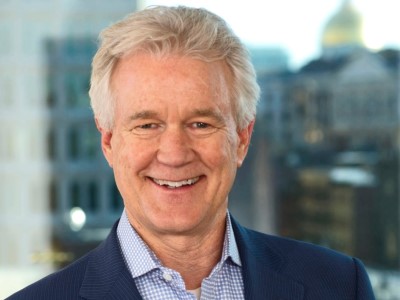 Doug is the Chairman of the CEO Leadership Alliance of Orange County, A group of CEOs from some of the country’s biggest companies working together to build a thriving Orange County for all. The CEOs work together on two priorities, how they can grow as purposeful leaders to help build higher performing organizations and a better world, and how they can address some of OC’s biggest problems, both economic and social.

Doug is an Executive Fellow at The Center for Higher Ambition Leadership. The Center selects thought leaders or CEOs who have demonstrated outstanding higher ambition leadership for this honor.

Dough has been the CEO of Next Solutions, Inc. since 1990. Next Solutions became one of the most profitable consulting firms in the country per employee because it focused exclusively on significant value add opportunities in homebuilding. Over a period of 15 years, Next Solutions contracted with both public and private homebuilders to help them grow significantly in their market. The contracts were long term and CEOs worked with Next Solutions to implement and scale the best possible growth path for their respective companies. The contributions of Next Solutions are acknowledged in the industry and include the first in-depth market surveys of all homebuyers in a marketplace, the first centralized “pull based” production system used in homebuilding, and the first major design center that gave customers choice in the buying process.

In the early 80’s, Doug authored TeamSight, an assessment instrument used to build high performing teams. The test is used extensively today in Fortune 500 companies around the world and is sold at www.teamsight.co

Doug has a unique background, first as a psychologist with a bachelor’s degree from S.M.U and a Ph.D. from the University of North Texas. He also earned a master’s degree in theology from Dallas Theological Seminary. From 1980 to 1989 he grew both a clinical practice in Newport Beach California and a parallel business consulting practice.

• Taught part time at the USC Graduate School of Business in Organizational Behavior.

• Worked extensively in the 80s and early 90s with Toyota Motor Sales introducing leadership practices and consulting with the head of both H.R. and strategic development.

• Co-authored Leadership for Health Care in the Age of Learning with Dr. Michael Maccoby and Richard Margolies. The extensive report focused on integrated health care systems in the United States and was funded by a grant from the Robert Wood Johnson Foundation. Dr. Maccoby is a world-renowned thought leader on strategic intelligence for leaders.

• Published articles in the Wall Street Journal, The Washington Times, and The Harvard Business Review.

Doug is married to his wife Kare of 44 years. They have two adult children and three grandchildren. Doug currently serves on the board of Friendship Shelter, the largest advocacy group for homelessness in South Orange County. His wife Karen is a social entrepreneur and has started and built multiple successful non-profits. Doug lives in Laguna Beach, California and he loves to surf, mountain bike, hike, and play guitar.