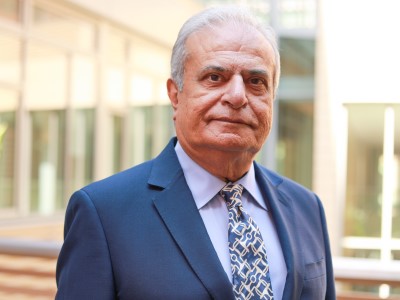 Dr. Asad M. Madni served as President, Chief Operating Officer & CTO of BEI Technologies Inc. from 1992 until the completion of its $600M acquisition to Schneider Electric in 2006. He led the development and commercialization of intelligent sensors and systems for aerospace, commercial and transportation industries, including the Extremely Slow Motion Servo Control System for Hubble Space Telescope’s Star Selector System which provided the Hubble with unprecedented accuracy and stability, resulting in truly remarkable images that have enhanced our understanding of the universe; and the revolutionary MEMS GyroChip® technology which is used worldwide for Electronic Stability Control and Rollover Protection in passenger vehicles, thereby saving millions of lives every year.

Prior to BEI, he was with Systron Donner Corporation for 18 years in senior technical & executive positions, eventually as Chairman, President & CEO. Here, he made seminal and pioneering contributions in the development of RF & Microwave Systems & Instrumentation which significantly enhanced the Combat Readiness of the US Navy (and its allies) and which provided the DOD the ability (not possible with prior art) to simulate more threat representative ECM environments for current and future advanced warfare training. Dr. Madni is currently an Independent Consultant, Distinguished Adjunct Professor and Distinguished Scientist in the Electrical & Computer Engineering Department at UCLA, Faculty Fellow in the UCLA Institute of Transportation Studies, and Executive Managing Director & Chief Technical Officer of Crocker Capital, a private venture firm specializing in emerging technologies.

Dr. Madni served as President, COO & CTO of BEI Technologies Inc. from 1992 until the completion of its $600M acquisition to Schneider Electric in 2006. Over this 14-year period, he led the development and commercialization of highly customized intelligent sensors, systems, and instrumentation into mainstream adoption across the aerospace, manufacturing and transportation industries. Immediately prior, he was with Systron Donner Corporation, a Thorn/EMI company, for 18 years, eventually as Chairman, President & CEO, where he made seminal and pioneering contributions to the creation of radio frequency and microwave electronic systems. Today, he serves as Distinguished Adjunct Professor & Distinguished Scientist in the UCLA Electrical & Computer Engineering Department, and Faculty Fellow in the UCLA Institute of Transportation Studies. He is a Chartered Engineer (CEng), received BS and MS degrees from UCLA, PhD from California Coast University, and SE from MIT Sloan School of Management. He completed advanced management studies at Stanford, Caltech and Harvard.

Dr. Madni served as a director on the board of 7 highly successful technology companies and on advisory boards of several professional/academic organizations including NAE, NAI, IEEE HKN, UCLA, USC, CSUN, UTSA, UNM, NCTU, UKM, UoW, Technical University of Crete, Ryerson University, IEEE Systems Journal and AutoSoft Journal. Since 2021 he has been a Founding Member of the Leadership Board of the Terasaki Institute of Biomedical Innovation.

Dr. Madni is also a highly respected philanthropist who has directed a significant portion of his financial assets and personal time towards establishing endowed scholarships, educational programs, and initiatives for the betterment of financially challenged and underrepresented minorities.