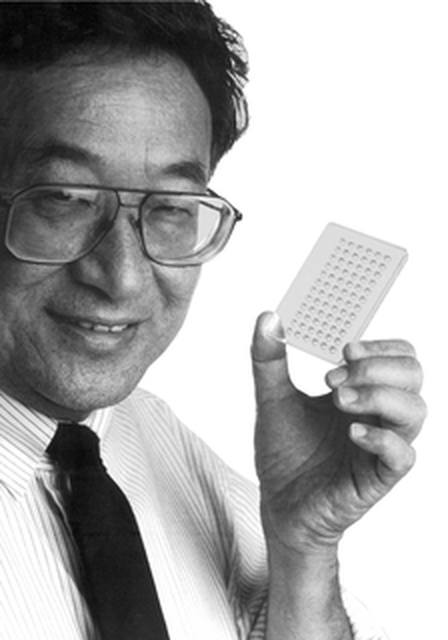 Dr. Paul Terasaki was born in 1929 in Los Angeles, California. The oldest of three sons, Dr. Terasaki’s early years were at times difficult. As a result of President’ Roosevelt’s Executive Order in 1942, Dr. Terasaki was forced to move to the Gila River internment camp in Arizona. He lived there for three years in one room with his parents, two brothers, and an aunt. When the war ended and the Terasakis were allowed to leave Arizona, they moved to Chicago rather than return to Los Angeles because of anti-Japanese sentiment on the west coast. Despite the subpar education he received in Arizona, Dr. Terasaki finished high school and then enrolled at the University of Illinois, where he was a pre-medicine student. In 1948, when the family felt it was safe to move back to Los Angeles, Dr. Terasaki transferred to the University of California, Los Angeles (UCLA) to complete his degree in Zoology.

Dr. Terasaki earned his bachelor’s degree in Zoology in 1950 and then began work towards a PhD. in Zoology. While working towards his PhD, Dr. Terasaki met his wife, Hisako, was married, and had a child. In 1956, Dr. Terasaki earned his PhD in Zoology from UCLA. His career in transplant began when, after completion of his PhD, he was hired by the UCLA Department of Surgery to study the success of skin graft transplants on newborn chicks. When Dr. Terasaki entered the field of organ transplant in 1956, it was in its infancy and he was at the forefront. Today, he is known as a pioneer in transplant, but in 1956, he, like everyone else, was trying to figure it all out.

In 1957-1958, Dr. Terasaki worked as a scholar in London in Professor Peter Medawar’s laboratory. These years were, in his words, “the most significant time of my entire life.” After his time in London, Dr. Terasaki returned to Los Angeles and UCLA as a researcher. Dr. Terasaki began his antibody research with chickens and then in mice and rabbits and eventually, in 1963, in humans. Among his most notable contributions to the field of organ transplant, Dr. Terasaki developed the microcytotoxicity test in 1964, which by 1970, became the international standard. Dr. Terasaki would later be promoted to professor of surgery, a rare exception as he had a PhD unlike the MDs that almost every other faculty member of the surgery department of UCLA had. He held that position from 1969-1999. Dr. Terasaki valued his collaboration with other transplant centers and through his collaboration, established the kidney transplant registry, which would eventually become the United Network for Organ Sharing registry.